The works of James Clemens are available in many editions and languages around the world. Please click on the links below to explore individual territories. New territories are being added all the time, so please check back often for updates. 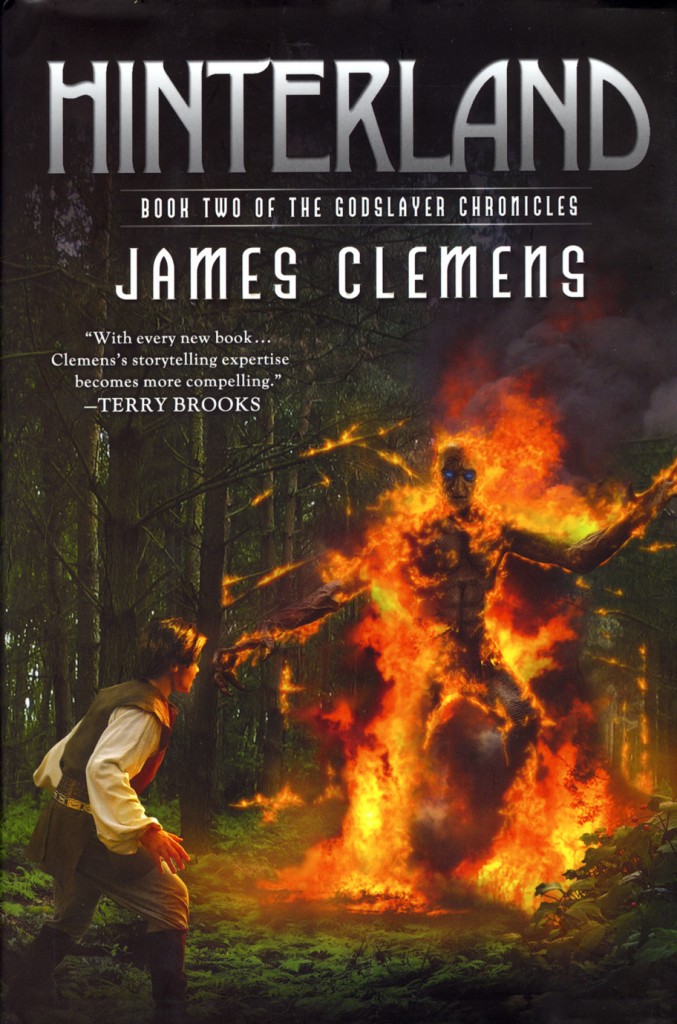 Godslayer Chronicles - Book II
Released:
Nov, 07 2006
Following a Battle of Myrrwood, darkness again stirs, and all of Myrillia is held in the grip of unease. Far to the south, an ominous artifact is found: a skull, twisted and corrupted by dark Graces. It is the skull of god—and the work of the Cabal, a faction of daemonic naethryn intent on destroying the Nine Lands. But what does it mean? Tylar, former knight and new regent to Chrismferry, must unravel the mystery of the skull before all of Myrillia is threatened. But the Cabal is not the only danger. To mend a growing rift at Tashijan, Tylar returns to the Citadel of the Shadowknights. A mid much pop and ceremony, Tylar regains his knighthood—but it is a trap. Ravening forces out of Ice Eyrie launch a siege against Tashijan, trapping Tylar and the Shadowknights. More terrible is the threat rising out of the bowels of the Citadel—from an order of daemonic knights whose Grace has been corrupted. To save the Nine Lands, Tylar must enter the Hinterland, the desolate territory beyond the blessed lands, where rogue gods roam and dark Graces flow—and from which no Shadowknight has ever returned.... 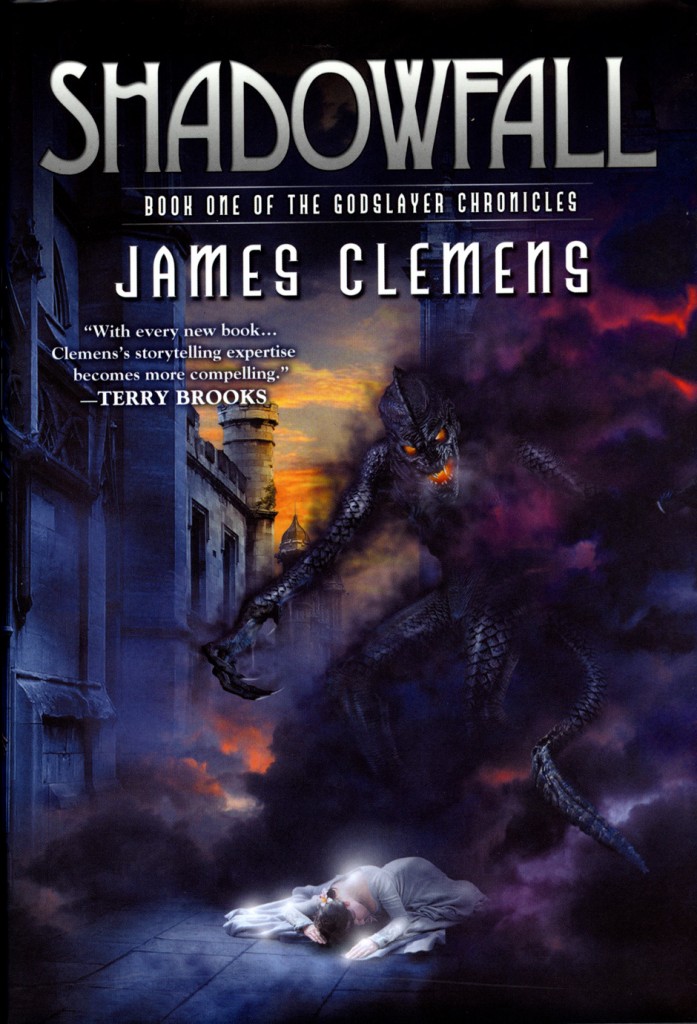 Godslayer Chronicles - Book I
Released:
Jan, 01 2005
Four millennia have passed since the hundred immortal gods came to Myrillia. Out of chaos they created the Nine Lands, blessed with their Graces and protected from the nightmarish Hinterlands, where rogue gods stalked across a barbarous wilderness. In all this time nothing has disturbed the peace of the Nine Lands. Until now. For the impossible...the unthinkable...has happened. Meeryn, goddess of the Summering Isles, has been murdered. The only witness was Tylar de Noche, a crippled and disgraced former Shadowknight who lives in agonizing shame of his past. He saw the dark entity that killed Meeryn. And as he held the dying goddess, her last breath bestowed a powerful blessing on him—a mark that healed his broken body. A mark that many see as proof that he killed a god. A mark that unleashed a powerful force of darkness within him. Chased across Myrillia by enemies both human and ethereal, aided only by outcasts like himself, Tylar must uncover and face down a being powerful enought to kill an immortal—the true godslayer. If he fails, all of Myrillia will fall into shadow.... 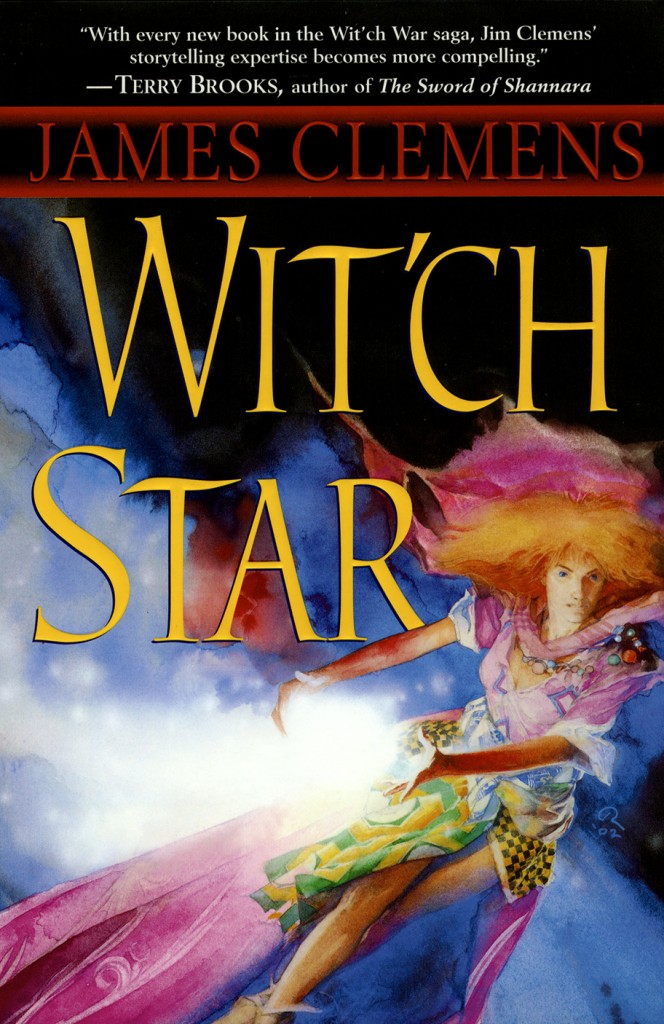 The Banned and the Banished - Book V
Released:
Nov, 26 2002
The three deadly Weirgates are destroyed, but the threat of the Dark Lord remains. And so Elena and her companions have gone their separate ways to prepare for what is yet to come. Elena herself has journeyed to the beautiful city of A'loa Glen, there to recover her strength and spirit. Enter Harequin Quail. Some might call him a fool, but the little main in the jester's suit claims to be a spy. And he comes fresh from the foul fortress of Blackhall itself, where the Dark Lord dwells. TThere he uncovered things that spell certain doom—for a final Weirgate remains, the most ppotent one of all. And with it, in just one moon's time, the Dark Lord will avenge his earlier defeat, destroying the heart of the land and ushering in a reign of evil without end. Only Elena, with the awesome magicks of the Blood Diary, has the power to stop him. Blackhall is all but impregnable. And according to Quail, the Weirgate is well hidden, in a place known only to the Dark Lord himself. Thus begins a desperate quest like no other. Hunted by the Dark Lord's minions and threatened by clandestine betrayals, Elena and her brave companions reunite in the effort to locate the last Weirgate and destroy it. Along the way, many questions will be answered and illusions will be smashed. Brother will turn against brother, and the strongest bonds of magic and love will be tested to the breaking point...and beyond. 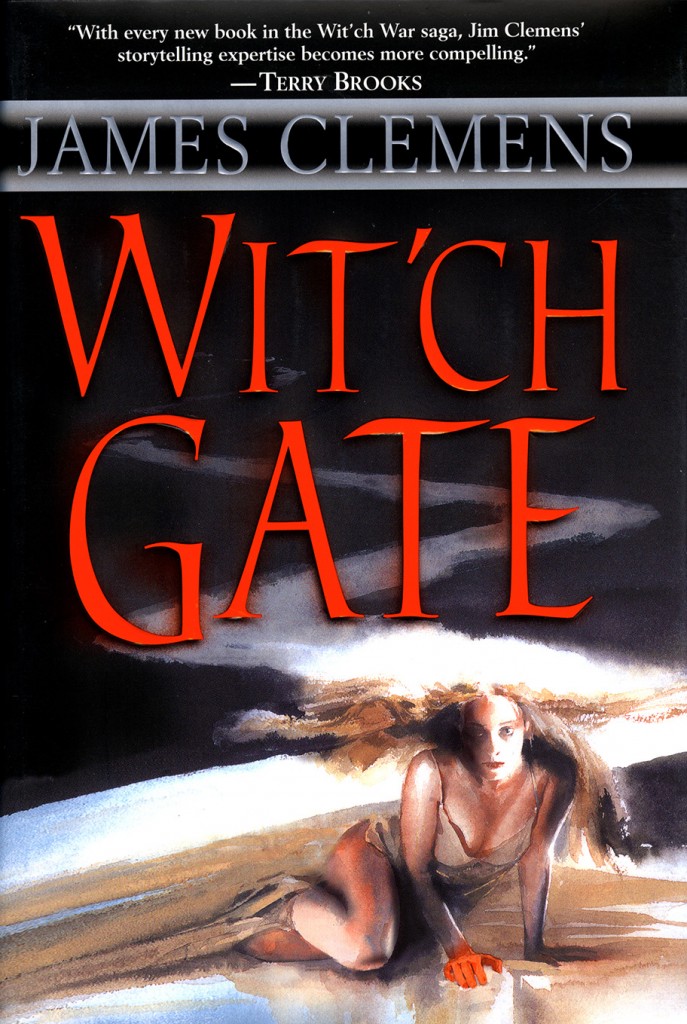 The Banned and the Banished - Book IV
Released:
Nov, 27 2001
In a spectacular feat of daring and magic, Elena and her army of outlaws and rebels have defeated evil's minions and released the mystic secrets of the Blood Diary. But the malevolent Dark Lord has unleashed the Weirgates—black wells of ferocious energy that are his greatest source of power. Now Elena's bravest allies are sent to find and destroy the Gates, as windships carry the fight north to the frigid woodlands, south to the burning desert sands, and east to the blasted regions of dread Gul'gotha. Along the way, they will face their own personal demons as well. The twin brothers Mogweed and Fardale race against time to break the curse that has stolen their shape-changing birthright, and Elena's brother Joach must evade the desert sandsharks if he is to master his own elemental power. The trail will lead them even to the fabulous el'vin homeland of Stormhaven. None of the rebels will come back unscathed, some never returning at all... And Elena herself must journey to Gul'gotha. Daring the enemy's own lair, she must emerge victorious if she is to reveal the secret of the Dark Lord's frightening identity—and the shocking nature of his vast powers. 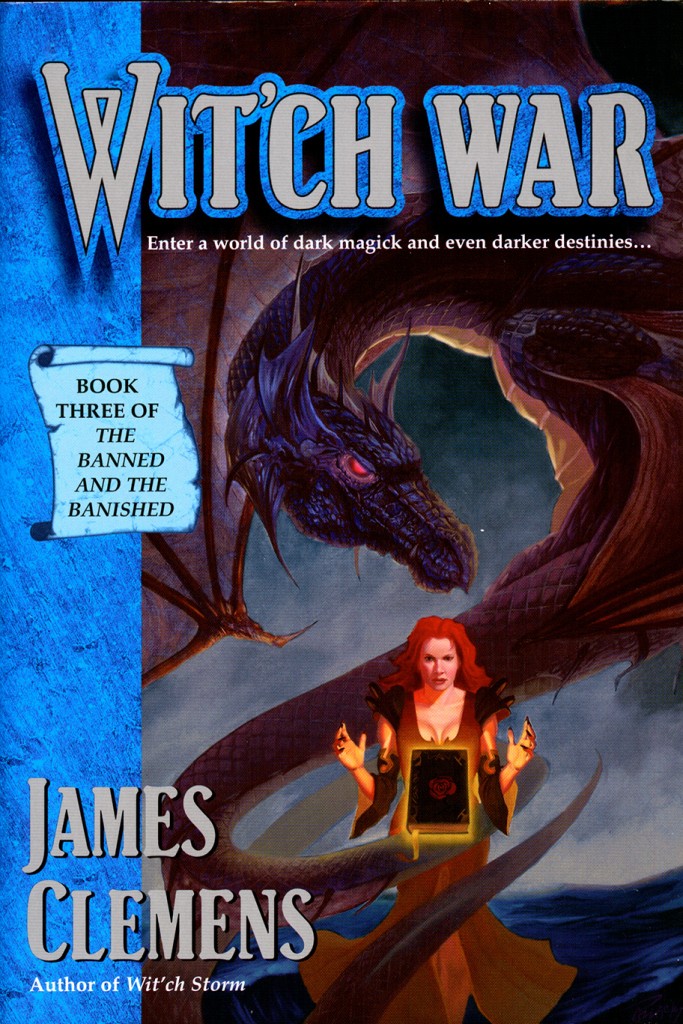 The Banned and the Banished - Book III
Released:
Jul, 05 2000
In her hands, the young wit'ch Elena holds the awesome energies of blood magick-and more. For the fate of all, Alasea hinges on her recovery of the Blood Diary, a potent talisman forged five hundred years ago, then locked away behind wards too strong for any mage to break. But only with the secrets recorded in its pages can Elena defeat the evil magicks of the Dark Lord. The challenge? The Diary lies hidden in A'loa Glen, the fabled city that belongs to Shorkan, chief lieutenant of the Dark Lord, and his fearsom army. Now, with the aid of the ocean-dwelling Sy-wen and her great dragon, Elena prepares a desperate invasion of A'loa Glen. At her side stands the one-armed warrior Er'ril, her faithful protector and the only man who knows how to unlock the wards surrounding the Blood Diary— a man who also happens to be the brother of the dreaded Shorkan. Meanwhile, Elena's brother, whose magick brings him prophetic dreams, has glimpsed a future in which Elena falls by the deadly sword of...Er'ril. But his visions do not always come true. How can he act against his sister's trusted guardian on the basis of a future betrayal that may never happend? For Elena's sake, and for the sake of all Alasea, how can he afford not to? 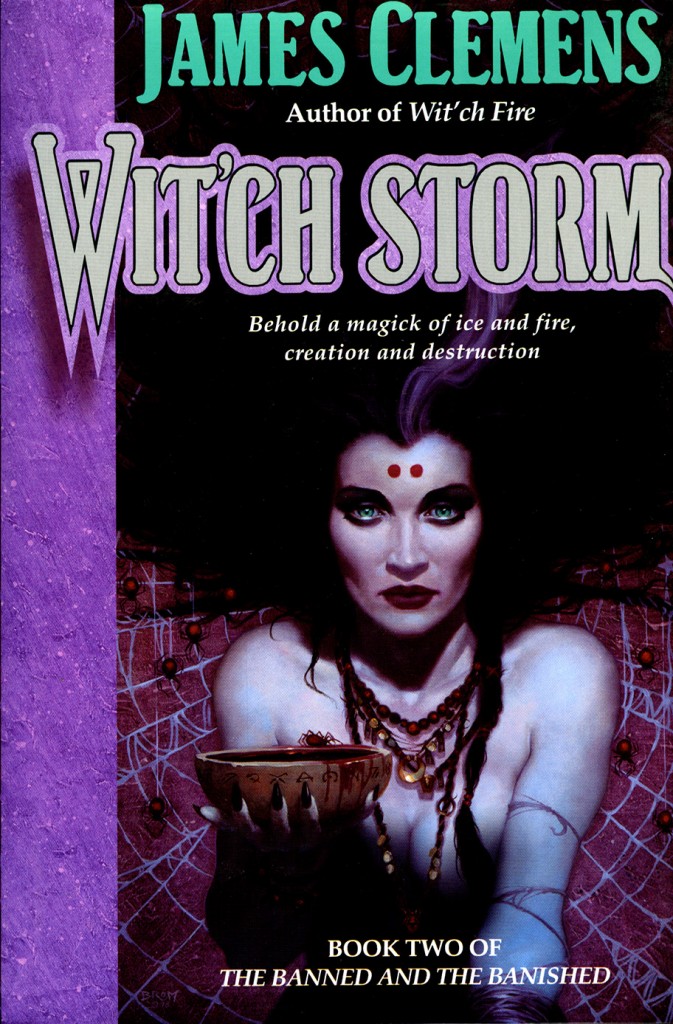 The Banned and the Banished - Book II
Released:
May, 18 1999
Elena bears the mark of the wit'ch upon her palm, the crimson stain that testifies to the awesome power of unimaginable potency: wild seductive, and difficult to control. Only a mistress of blood magick can stand against the foul minions and all-corrupting evil of the Dark Lord. But Elena is not yet the mistress of her magick. Protected by an ageless warrior and a band of renegades, she quests for a lost city where prophecies speak of a mystic tome that holds the key to the Dark Lord's defeat. But if the Dark Lord finds her first, Elena will become his most fearsome weapon. A different form of power touches Sy-wen, girl-child of an ocean-dwelling clan that bonds-mates to the terrible and majestic sea dragons. But bonds more ancient still tie Sy-wen to the land she does not know, to a man she has never seen...and to a legend asleep in stone deep beneath A'loa Glen-a legend beginning to wake. Now, as Elena and Sy-wen converge on A'loa Glen from land and sea, will the forces they unleash lead to a future of freedom-or an eternity under the Dark Lord's yoke? 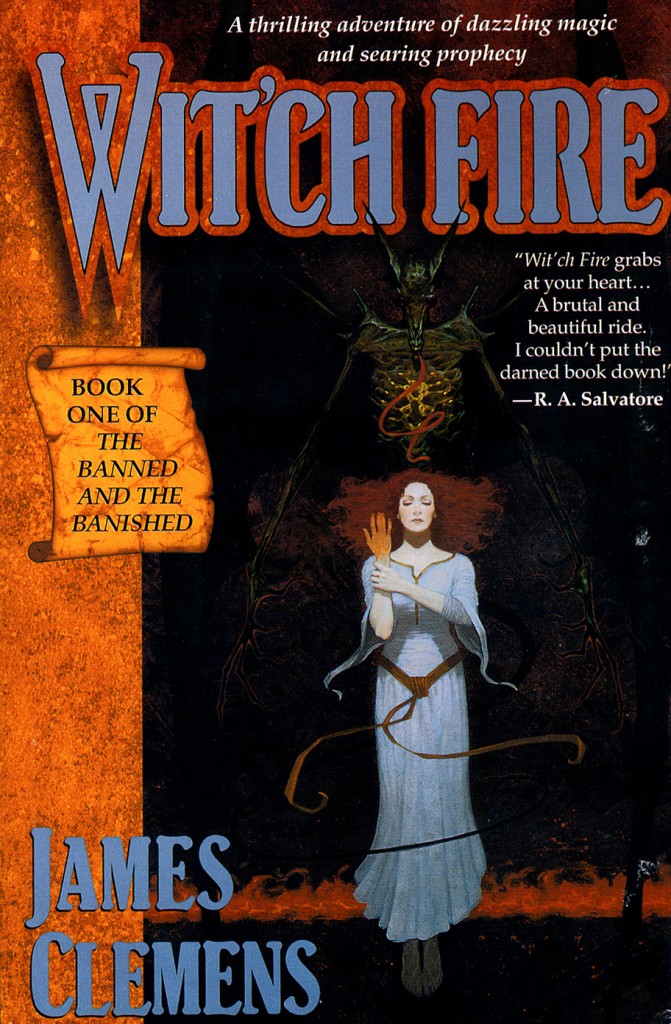 The Banned and the Banished - Book I
Released:
May, 26 1998
On a fateful night five centuries ago, three made a desperate last stand, sacrificing everything to preserve the only hope of goodness in the beautiful, doomed land of Alasea. Now, on the anniversary of that ominous night, a girl-child ripens into the heritage of lost power. But before she can even comprehend her terrible new gift, the Dark Lord dispatches his winged monsters to capture her and bring him the embryonic magic she embodies. Fleeing the minions of darkness, Elena is swept toward certain doom-and into the company of unexpected allies. Aided by a one-armed warrior and a strange seer, she forms a band of the hunted and the cursed, the outcasts and the outlaws, to battle the unstoppable forces of evil and rescue a once-glorious empire...

Fill out the form below to create a review for books. Your review will have to be approved first before it will show up on the site.